A good round-up by Quartz on why Microsoft failed with Windows Phone; an attempt is also made to run with an alternate reality where Microsoft has avoided that. Its based on Microsoft declaring “Windows Phone is free”.

Compared to Google, Microsoft has much stronger connections to hardware OEMs on the one hand and software developers on the other. Its products are widely used and respected by business and consumer customers alike. By offering the Windows Phone platform for free, the company sacrifices licensing revenue, but this unnatural act is more than compensated for by the expansion of the Windows ecosystem. Windows PCs become more attractive, more compatible with the outpouring of mobile devices and applications created by enthusiastic hardware makers and eager app developers.

Biggest problem there? Microsoft just didn’t have a competitive solution in 2007-08. They were still rolling out devices with Windows Mobile OS1 and were struggling to come up with their own alternative which would be distinct from what Apple and Google had on offer. Of course, they attempted and failed, before they finally launched a good enough solution with Windows Phone. But this was around 2010 - good 3 years after iPhone was launched. It just was too late.

So, I really think it would not have mattered if Windows Mobile was free. It just wasn’t good enough against iOS and Android. What Microsoft needed was a quick relook at their mobile strategy which their success with Windows just didn’t allow. Quartz does a good job to summarise the attempts Microsoft made to turn the tide. But abstracting it to “Windows Phone failure was easily preventable” is simply a stretch.

It wasn’t the culture. Microsoft failed because there just was no space to play between the killer duo of “open” Android that different OEMs combined owned the larger market share with and the “closed” iPhone that gobbled up the premium market. 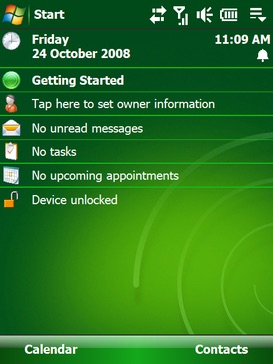 Ben Thompson of Stratechery has published a (another) great post on understanding AMP and the reasons behind its lure for publishers and success amongst users on web. It’s a must read to better understand how (and why) Google is aggressively pushing AMP across its product lines. And of course, he also talks about the core argument against AMP - it’s an open, but still a proprietary standard from Google. And they are blatantly exploiting their monopoly in search and online advertising while promoting it... [cont.]