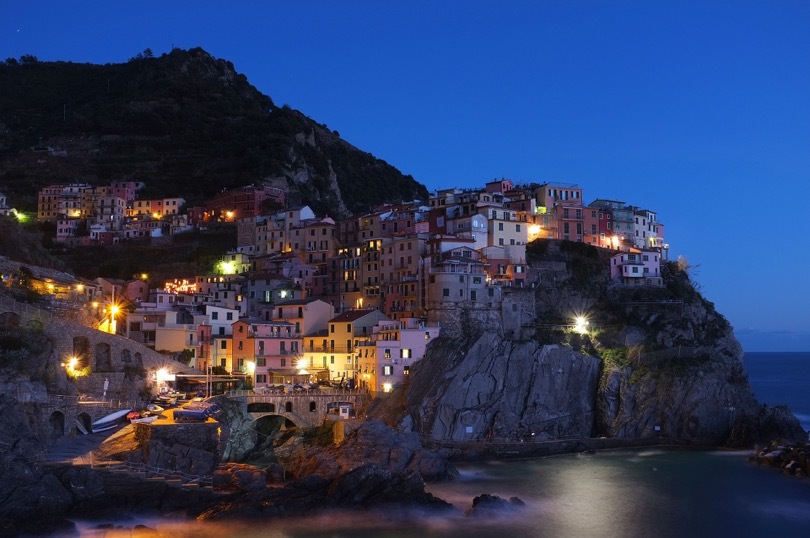 Thursday dawned on Tikwadi. For an outsider, no dawn in Tikwadi was any different. Villagers idled around just the way they always did. Men meandered, dilly-dallying with some unknown angst. Women hustled helter-skelter, pretending to be busy with some unknown chore. And kids spurted kooky from all directions, engulfed with some unknown euphoria. But for a resident of Tikwadi, every day dawned with a new crazy chapter.

Even today, a group of men squat around a smallish bonfire. They had Neem stems sticking out of their mouths; and hands, searching for heat, sticking out of their bodies. The chilly month of December always made them do such concoctions — they were never sure which body part they wanted to heat by the bonfire and which one to keep warm in the cloak. Raghu and Ganya were doing nothing different.

“Where?” Ganya raised his brows.

“In his farm, it seems. He was returning from his evening choir. Got late. Heard he saw lights dancing in front of him.”

“That idiot must have just seen some fireflies. Anyway, who did you hear it from?”

“Who else did you hear it from?”

“No one else. Why the fuck does that matter?” Raghu bit on his Neem a bit too hard.

“Why would you say “you heard” if the only person you heard it from was the one whom it happened to?”

Raghu spat a chunk of chewed Neem extracts — the stem wasn’t the only thing that was leaving a bitter taste in his mouth.

Lala was horror personified. A moneylender by profession, and unlike the tradition of Tikwadi, he did not suck at lending money. After all, there are only so many ways someone can lend money. He did not lend money, he sentenced people to lending money from him. He would devise a ploy so intriguing that people just took money from him irrespective of their needs.

Paka, the lone conductor of Tikwadi, had fallen for a similar ploy. He once sat at the window of his bus with Lala next to him. He knew he should just keep his mouth shut and eyes focused on anything but the evil. There was a word around the town that Lala can taint one’s brain with any opening he finds on your body. Paka did not want his brain to get spoilt; he pulled his beanie tighter over his ears.

“So where’s the bus going?” Lala began his session.

Why the fuck does that matter? Where are you going, you devil? Paka cursed in his mind. But he stayed inert, as if lifeless.

“You people controlling this bus are genius; it looks so old. It must be holding a world record for being the oldest bus plying on the road. Why do you still work, as in do a job?” Paka looked at Lala with quizzing eyes. Strike one.

“Why are you looking at me like that? For this alone, The Guinness Book of Records must have paid you a fortune, no?” Paka, still mostly unmoved, had few frowning lines on his forehead. Strike two.

Lala continued, “Now don’t tell me you did not even apply for the Guinness records?” Paka heard him. Strike three. Game over.

Of course, Lala did not suck at taking the money back from people. He was a ruthless maniac at that. So much so that there was a belief around the town that he had hollowed his cardiac chambers too — and used that space as safes for hiding people’s documents.

Both Raghu and Ganya owed him money. And neither could pay him back. So they stood up and started a brisk walk away from Lala. Lala, with his husky loud voice first, caught up to them in spite of an ancillary tummy dangling from his torso.

“Stop. I am not here to ask money from you, you fools.”

Both Raghu and Ganya stopped.

“Have you seen Paka around?”

“Must be at his home.” Raghu shot back.

“You think I did not try that? I went to his home and he is not there,” Lala lambasted.

“No idea, in that case, about where he is. I did hear that he saw a ghost yesterday. So maybe he has run away from Tikwadi.” Raghu informed.

Ganya raised his eyebrows and howled, “Paka did not see any ghost, and this idiot did not hear it from anyone. He only heard it from Paka, or so he says.”

“Then why the fuck does he say that he heard?” Lala shrieked. Ganya shrugged. “Anyway, I think he has a ghost living in his house itself,” Lala theorised.

Neither Raghu nor Ganya spoke a word. They just stared at Lala in an expectation that he might clarify this theory further.

“That lady living with him? She is no lesser that a witch.”

“Of course.” They spurted out exactly at the same time. “Indeed she is. What did she do now by the way?”

“Well, I went there to ask my money back. That witch managed to pull another ₹100 from me. And also a monthly business, I am afraid”

Both Raghu and Ganya instantly flattened their hands to smash them together, all in full respect for this godly lady. Realising they have made Lala aware, they stopped. And gave him a puzzled look.

I reached Paka’s house pretty early in the morning, I knew he always left his home early. But he had already left. He loves his bus more than his lady, I tell you.

Anyway, I reach there and catch his wife squatting in her front-yard, milking her goats. “Howdy Bindu,” I greet her and ask, “Where is Paka?”

She was startled as if no human had ever greeted her. So much so that she sprayed some milk on me. I felt even the goat looked at me and chuckled with a shake of her head.

“He is not here — has left for work.” I saw a fly strolling over the craggy surface of her face.

“So early? Must be to his second wife, no?” I attempted to crack a joke. She was not impressed. I attempted a cover-up, “I mean his bus.” Even the fly on her face need not change the course as it continued its trek.

She howled, “What do you want?” This time the fly did fly away.

“My money that Paka owes me.”

“He has not left any money at home.”

“Well, it has been very long since I have lent him the money. I won’t go home empty-handed today,” I looked around and pointed to the top subconsciously. “I am taking your tin shelter.”

“Our house does not have any, you took away the last one last month. It is all grass and mud now. Take that if you want.”

“How will I know? I do not do the business of selling mud and grass.”

“Duh. Is there any idiot who does that?”

“Well, you sold us the mud and grass when you took our tins last time.” The goat shook her head again. I was not liking it one bit.

“Whatever. I have come out of my house, I need to take something. Anything. Your goat. Aha. Yes, I will take your goat.” The goat yawned and looked away. I am still not sure if it did that in fright or disgust.

“Tchah. Why the hell should I pay you anything?”

“Well, it’s your goat now. And I have just milked her,” she said pointing at the bucket full of milk. “You will anyway take the milk too with you and sell it, making more moolah. So you owe me a ₹100 for my service.”

The goat bleated, mocking me.

“Ok. I will deduct the amount from what you already owe me.”

“Nah. I do not do business on credit. You have to pay me right now, and take the goat away.”

“Ok. here’s your ₹100,” I opened my briefcase, prepared a document and handed it to her, “Now I own this goat, sign here.”

Bindu wiggled and wiped her wet hands, took the papers and put her initials.

“There you go,” I sounded triumphed. Sigh. Little did I know what the hell I was getting into.

I failed miserably to manoeuvre the goat, it just wouldn’t budge. It kept lazily munching on the grass, idly looking at me every now and then. Its chomps were dull, eyes were dull. Its whole body was still as death, the only thing moving was its frothy mouth.

“Well, it won’t move,” I complained

That witch, she must have done some sorcery. Realising what a big mess I had gotten myself into, I said, “I can’t take your goat. You keep it.”

“Well, how can I keep it. I have already signed the document stating it is your goat.”

“How can I? That would mean I am servicing you again, I am taking care of your goat. That will cost you extra.”

That witch. And her goat.

Lala sputtered, “So, next time you meet Paka, tell him I am never lending him any money again.”

In their minds, Raghu and Ganya were already in search of a place where they would one day hoist the statue of Bindu. That would be Tikwadi’s own Statue of Liberty.

This is a second part in the series of short series about Adventures of Tikwadi. First part was also published as part of the publication Crossing Genres.